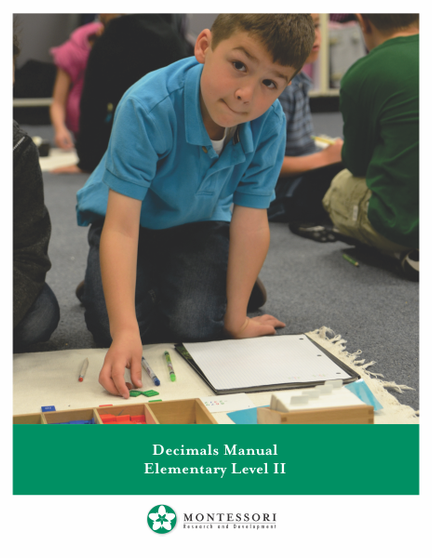 There are two distinct levels of study of decimal numbers covered in this manual.

Geology is the study of the earth; the science that examines the earth, itsform and composition,and …

There are two principal concepts of geography in the Children’s House:The earth is broadly composed …

The origins of mathematics arose from the needs of people. Only after math had been used as a tool f…

This manual covers the introduction to the concept, quantity and symbols of fractions, the  four ope…

This manual covers the types of fractions and  operations with unlike denominators.49 pages  127…

These lessons follow Study of Fractions and Study of Decimals. They may precede Percentage, or they …

Introduction to the History of LanguageThe Nine Parts of Speech:NounArticleAdjectiveVerbPrepositionA…